The ends of the PVC conduit must be cleaned of any oil, dirt, or snow. Burrs should be removed to prevent the abrasion of ShapeArray coverings. 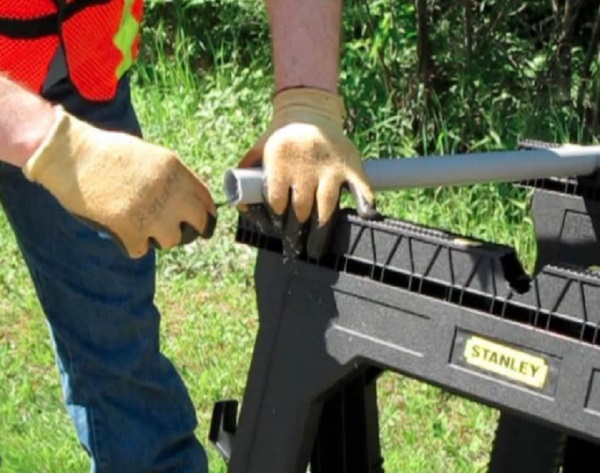 To get smooth edges a deburring tool should be used. 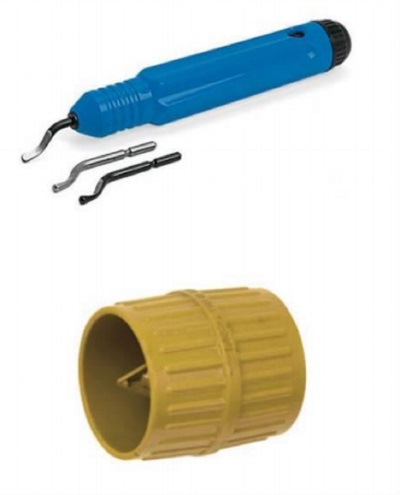 Step 2 - Lay Out the PVC Conduit 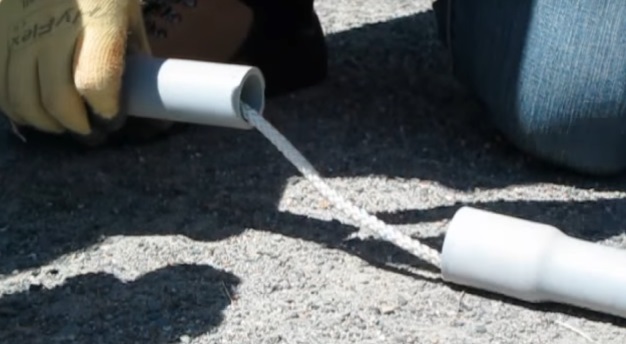 Figure 3: PVC laid end to end with rope inserted into each section

PVC couplings are attached with PVC solvent cement. In cold temperatures, it is imperative to use a cement rated for the expected temperature. Do not use too much cement, as it can squeeze into the inner part of the conduit. Ensure you follow the PVC cement manufacturer's instructions when using these products. Most manufacturers specify applying glue to only one surface of the joint. Use tape to secure glued joints during curing. 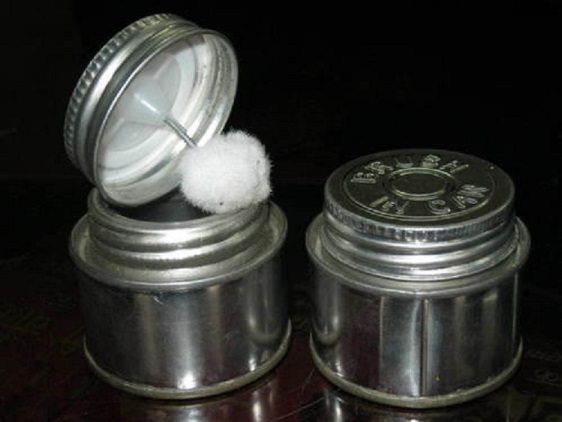 Step 4 - Prepare to Pull the SAAF Into the Conduit 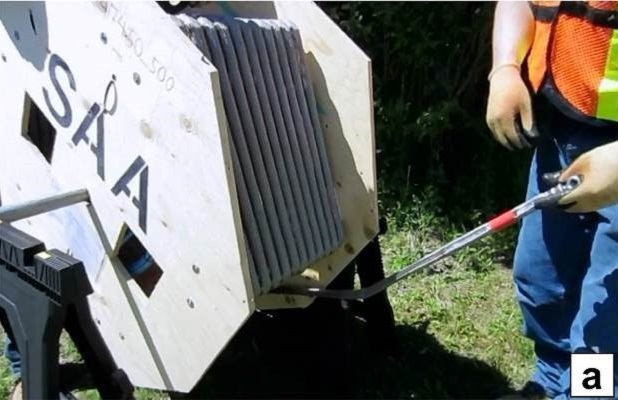 Figure 5: Place the ShapeArray on reel stand so that it feeds from bottom

Pull the rope previously threaded through the conduit through the eyelet at the end of the ShapeArray and secure it. 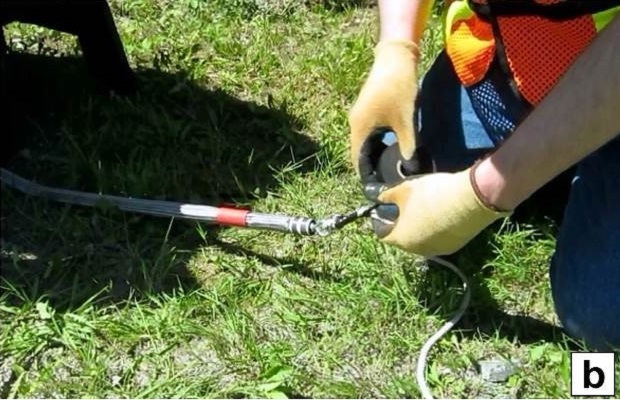 Figure 6: Attach the rope to the eyelet on the end of the SAA

Step 5 - Pull the SAAF Into the Conduit 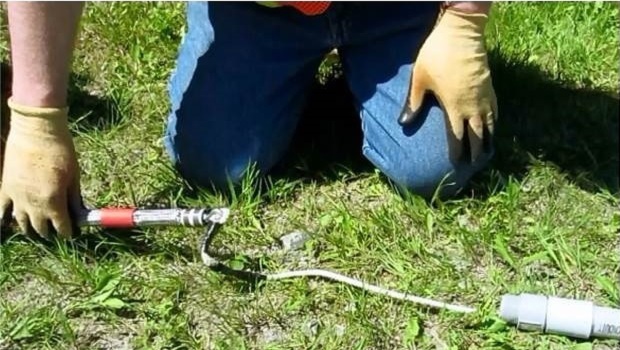 Figure 7: Guiding the ShapeArray into the conduit

Pull the SAAF through the conduit until one or two segments stick out of the end of the conduit. 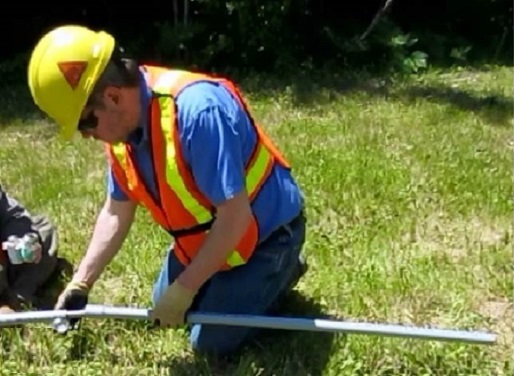 Figure 8: One or two segments should stick out after the SAA has been pulled into the conduit

Step 6 - Check the SAAF for Twist

Look at the X-marks on the top and bottom of the SAAF. The X-marks should both be oriented the same way. If the X-mark is located on the underside of the ShapeArray, lift the bottom segment to verify the alignment. DO NOT turn the ShapeArray inside the PVC, as this could induce twist. If the X-marks do not line up or you think the SAAF could be twisted inside the conduit, contact Measurand.

Once it has been confirmed that there is no twist in the ShapeArray in the conduit, the end cap can be installed. Push a piece of PVC conduit which has been cut to length over the eyebolt end of the ShapeArray and glue it in place. It is good practice to tape these joints in order to support them while the cement sets. 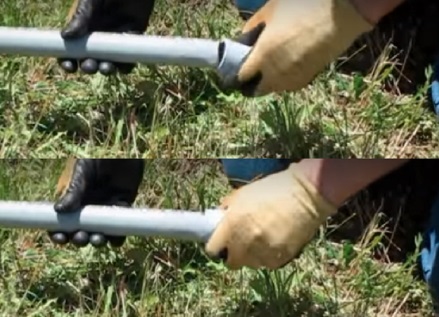 Figure 9: Adding the end cap to the PVC

Step 8 - Prepare to Insert the SAAF+PVC

At this point, make sure the set screws in the top stack assembly are removed. These will be put back in and tightened at the end of the installation process after the SAAF has been compressed. For long SAAFs, a rope should be attached at the bottom of the casing to help control the descent of the SAA+PVC assembly into the borehole. Consider filling the borehole with water or grout to help support the weight of the SAA+PVC assembly. 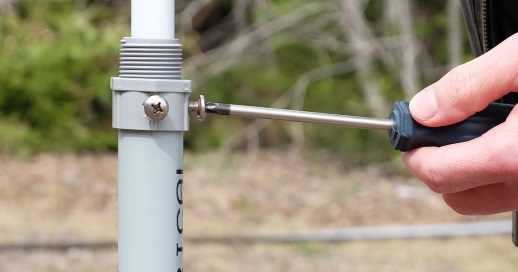 Step 9 - Support the SAAF+PVC for Insertion

The assembly will need to be supported to maintain the minimum recommended radius: 3.5 m (11.5’) for 500 mm segments and 3 m (10’) for 305 mm segments. If a smaller radius is used, it is likely that segments will be bent, which will lead to errors in measurement, and could also damage ShapeArray circuitry. Any equipment which can offer two points of support to the SAA+PVC assembly can be used, for example: 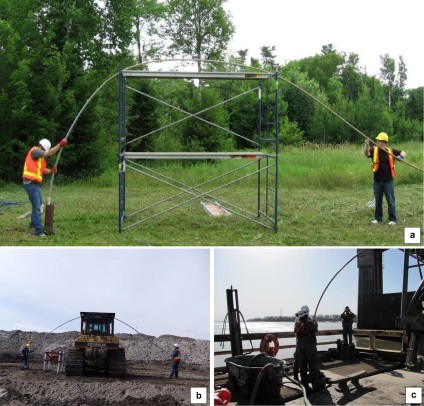 The supports should be wide enough or include side posts so that the SAA+PVC cannot slip off sideways. Ensure helpers avoid abrupt pushes and uncoordinated movements, ensure equipment is stable and safe, and ensure there are no free objects that might fall on workers.

For long ShapeArrays (length > 50 m or 165’), it is a good idea to use a winch and cable to lower the SAA+PVC assembly. The cable should be attached near the bottom of the assembly to help control the descent of the assembly into the borehole. A tight loop of cable held by a cable clamp and secured to the PVC with gear clamps is recommended. A rope may be used instead of a cable if it is large enough for the load, and abrasion is avoided. Please take precautions to avoid any hand damage from cables or ropes, and falling objects. A plumbing vise should also be used to control the descent of the SAA+PVC assembly into the borehole. 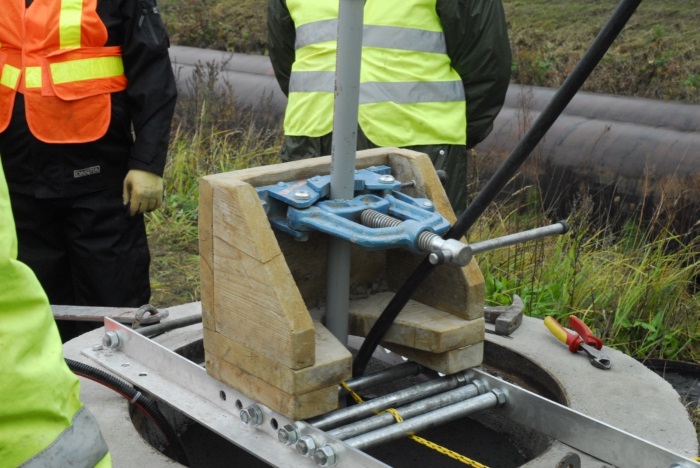 Figure 12: An example of installing a long SAA+PVC assembly using a rope and plumbing vise

Step 10 - Insert SAAF+PVC into the borehole

In most cases, it is recommended that the borehole into which the ShapeArray will be installed be over-drilled. This way the SAA+PVC assembly can hang in the borehole, leading to the PVC and ShapeArray being as straight as possible. Fasten the hanging fixture supplied in the SAA Install Kit to the top of PVC to help support the ShapeArray during the grouting process. Grout the bore hole. 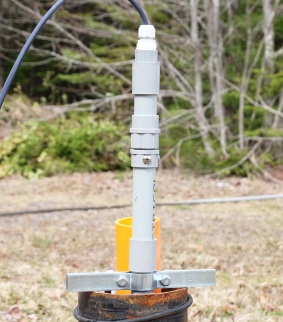 Figure 13: The SAA+PVC assembly mounted in the borehole using the hanging fixture from the SAA Install Kit

Step 11 - Compress the SAAF and Tighten the Set Screws

Make sure you compress the SAAF and secure it as outlined in Finishing the Installation Process Using the SAA Install Kit.