In some cases, it is not possible to use a Measurand supplied SAAF Install Kit. In these cases you should create your own Install Kit prior to going to the field to install the SAAF.

For each Slot Cut Install Kit you will need the following: 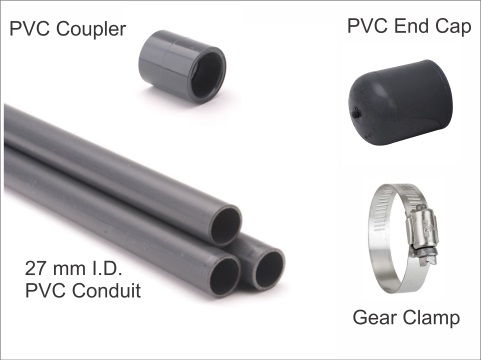 PVC conduit should be cut to a length between 150 mm and 200 mm.  Make sure the inside of the conduit is free of burrs which could snag the ShapeArray (SAA). 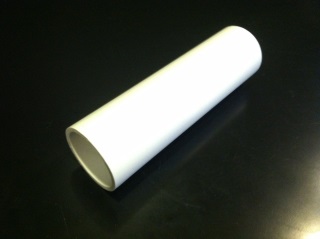 Step 3 - Cut Slots on One End of the PVC

Cut two slots into the PVC.  Each slot should be approximately 100 mm long. The slots should be located approximately 90 degrees apart along the circumference of the PVC conduit and form a cross when viewed from the top. 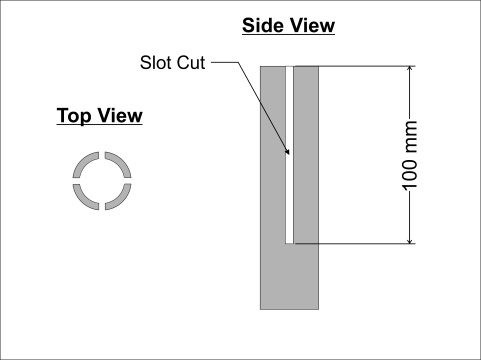 Figure 3: Slots cut into the PVC at 90 degrees in the form of a cross

Each Slot Cut install kit will contain the following items from the previous steps:

Note: As mentioned in Step 1, it is also handy to have extra PVC couplers available

Loosely place the gear clamps over the end of the conduit with the slot cuts as shown in Figure 4 below. 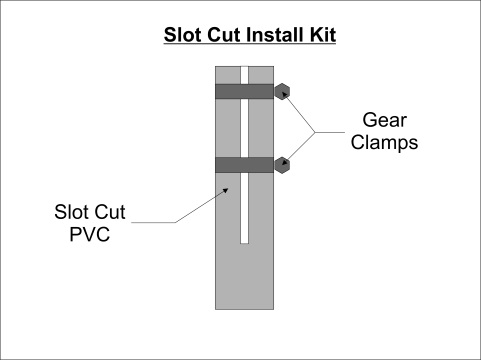 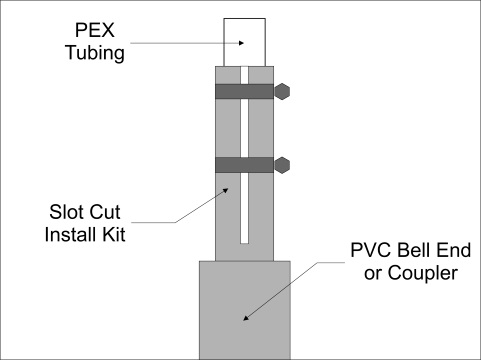 Once the SAAF in inside the PVC conduit, and the slot cut install kit is attached to the conduit, compress the SAAF using 20 kg force (approximately 50 lbs) and tighten gear clamps around PEX tubing.

Note: If the ShapeArray is installed in an area with heavy vibration or blasting, it is possible that the screws on the gear clamps will loosen with time. You should take steps to ensure that the screws remain tight.

Step 7 - Finishing Off the Top

Make a loop of cable to create strain relief and run cable going from the borehole to the data acquisition system through electrical conduit for protection and easier removal.

Secure any cable unprotected by conduit so that it will not cause unwanted movement of the SAAF.