Measurand's SAACR_FileGenerator is the best and easiest method for creating a program to log ShapeArray data on a Campbell Scientific CR series data logger. It is sometimes desirable to also log data from non-ShapeArray sensors, such as vibrating wire piezometers, strain gauges, or earth pressure cells, with the same data logger. Programs generated with SAACR_FileGenerator can easily be modified to include code for logging data from these sensors alongside your Measurand ShapeArrays.

SAACR_FileGenerator will create a program file with a logger specific file extension. This files can easily be opened and edited using the CRBasic Editor included with Campbell Scientific's LoggerNet software. 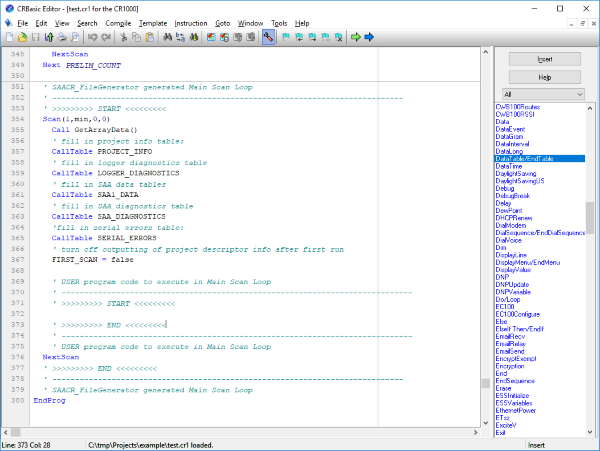 The program file created by SAACR_FileGenerator is structured in the following manner.

In each of the program sections described above, an area to insert your own code for working with non-ShapeArray sensors is clearly demarcated with the following comments. 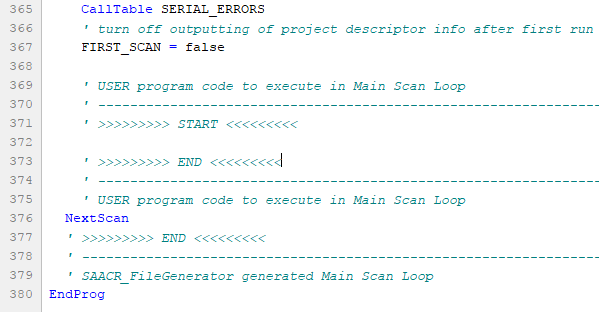 Figure 2: An example of one of the clearly demarcated areas for user code in a ShapeArray logger program

The attached integration_example.cr8 file is an example program for a CR800 data logger. It has been modified from the base program generated by SAACR_FileGenerator to include code for the following: